因為【親切的金子】，這跳脫的音樂總令我想起復仇。
Posted by Blogger70th Floor at 10:10 下午 1 則留言: Links to this post

鎂光燈下的舒淇真是強壯。所有捱出一片天的女明星都非常強壯，鏡頭前能夠時時刻刻笑面迎人是一種本領，一種堅強。
Posted by Blogger70th Floor at 11:32 下午 2 則留言: Links to this post

雖然我以前沾手過有關事情，但由零開始，這是第一次呀。
Posted by Blogger70th Floor at 8:54 下午 沒有留言: Links to this post 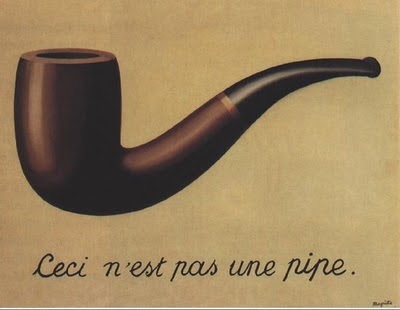 The death of Marie Antoinette

Catherine Delors from Versailles and more recaptured the road of the death of Marie Antoinette, which was dated 16 Oct 1793.

I was a queen, and you took away my crown; a wife, and you killed my husband; a mother, and you deprived me of my children. My blood alone remains: take it, but do not make me suffer long.
Marie-Antoinette

16th of October 1793: execution of Marie-Antoinette

from Versailles and more by Catherine Delors

marie antoinette at the temple by prieur

After the fall of the monarchy on the 10th of August 1792, the dethroned Queen was imprisoned in the Tower of the Temple, along with her husband, Louis XVI, their children and Madame Elisabeth, the King’s younger sister.

The following December, Louis XVI stands trial before the National Convention, the elected body that now governs France. Louis is executed on the 21st of January 1793. Then, the following August, Marie-Antoinette is transferred, alone, without her children or sister-in-law Madame Elisabeth, to the jail of La Conciergerie. It is located within the premises of the main Courthouse of Paris, next to the Revolutionary Tribunal. For an ordinary prisoner that would mean that trial is imminent.

But Marie-Antoinette is no ordinary prisoner. She may have some value as a hostage in war negotiations with the Austrians, and the National Convention sends emissaries to that effect to the enemy. But Marie-Antoinette’s brothers, Joseph II and Leopold II, no longer reign over Austria. The new Holy Roman Emperor, Francis II, her nephew, has never met her. He is not ready to compromise the hopes of a victory against the French armies for the sake of an aunt he does not know.

This is the context of her transfer to La Conciergerie: the National Convention hopes to step up the pressure and show Francis II that a trial is a real possibility. To no avail: the Emperor is content to express his indignation. For the National Convention, there is political advantage in executing a hated public figure, and none in keeping her alive.

Furthermore, several escape plans, including one that took her only yards from freedom, have been hatched while Marie-Antoinette was jailed at La Conciergerie. The National Convention does not want to lose face if she managed to flee. The case is therefore set for trial before the Revolutionary Tribunal, and a preliminary hearing is held at the beginning of October.

The trial itself begins on the 14th. The accused states her name: “Marie-Antoinette de Lorraine d’Autriche.” In itself this is a very bold move: she reminds the jurors of her French paternal ancestry (Lorraine) but also, less diplomatically, of the phrase The Austrian Woman. And France is at war with Austria… For a full transcript (in French) of the trial, I direct you to the irreplaceable Royet site. I will not enter into the details of the trial, which would require its separate – and very long – post. The Tribunal remained in session 15 hours on October 14, and almost 24 hours on October 15 and 16. The transcript notes that “Antoinette almost always kept a calm and assured demeanor; during the first hours of her questioning, she was seen running her fingers on the arm of her chair, as though she were playing the pianoforte.”

In my first novel, Mistress of the Revolution, one of the main characters is Pierre-André Coffinhal, a judge of the Revolutionary Tribunal. I have him relate the trial (it was eerie to write, because I had always thought of it from Marie-Antoinette’s standpoint.)

Her main line of defense was that she was not responsible for any of her actions! She claimed she had obeyed her husband’s orders when she prepared the flight to Varennes, or when she sent the French war plans to her brother, the tyrant of Austria. Her argument might have succeeded had she been any other woman. In her case, it was common knowledge that Capet [Louis XVI] had fallen entirely under her influence, that he was a hapless imbecile without any will of his own... Of course, that jackass Hébert [representative of the Municipality of Paris] had to disgrace himself by testifying that she had taught her son to pleasure himself. You may trust that scoundrel to bring up something lewd at every opportunity. [The presiding judge] Herman, who is no fool, let it pass without questioning Antoinette on it. The rest of us judges also ignored it, but one of the jurors insisted that she respond. That gave her an opportunity to feign outrage and appeal to the public.

Marie Antoinette before the Revolutionary Tribunal

This is of course her famous response to the incest accusation: “I appeal to all mothers!” Throughout the trial, Marie-Antoinette, very pale, physically exhausted, but as imposing as ever in her patched-up black widow’s dress, defends herself with energy and dignity.

She is assisted by two famous attorneys: Chauveau-Lagarde and Tronçon-Ducoudray. When the case goes to the jury in the early hours of the 16th, the outrageous incest accusation has been dropped. Only remain the counts of treason, conspiracy and collusion with domestic and foreign enemies.

The jury retires for over one hour. This is a very long by Revolutionary Tribunal standards. Then the verdict is read: guilty on all four counts. The sentencing is immediate, and there is no appeal from the jugements of the Revolutionary Tribunal. Had Marie-Antoinette harbored any hope of a different outcome? One of her attorneys, Chauveau-Lagarde, notes that “she was like annihilated by surprise.” She silently shakes her head when the presiding judge asks her whether she has anything to add. She leaves the courtroom without a word, her head held high.

From then on, we will simply follow a timeline.

4:30 AM: Marie-Antoinette is taken back to her cell, within the Courthouse building. She feels very faint now. One of the gendarmes, Lieutenant de Busne, offers her a glass of water and his arm to go down the steep corkscrew stairs. He holds his hat in his hand as a sign of respect. Once in her cell, she is given a candle, ink and paper. She writes her famous last letter to her sister-in-law, Madame Elisabeth, a translation of which is provided by Elena at Tea at Trianon.

She also writes a few words in her prayer book:

This 16th of Oct. at 4:30 in the morning
My God, have mercy on me!
My eyes have no more tears
to weep for you my poor
children; farewell, farewell!

7:00 AM: Rosalie Lamorlière, a young servant who has been attending to the former Queen, offers to bring her some food. “I do not need anything anymore,” responds Marie-Antoinette. “All is over for me.” Upon Rosalie’s insistence, Marie-Antoinette accepts a bowl of bouillon, but she can only swallow a few spoonfulls.

She is informed that she is not to wear her black dress to her execution. She puts on her only other remaining garment: a white cotton dress, with a black petticoat, and a white cap adorned with black ribbon. She has been bleeding profusely (she is apparently suffering from a uterine fibroma, or possibly some more serious condition) and wishes to change her shirt. She must do so, only shielded by Rosalie, in the presence of the gendarme officer who has replaced Lieutenant de Busne (the latter has been briefly arrested for showing her too much respect.) Rosalie also cuts Marie-Antoinette’s hair short on the neck. In this fashion the executioner does not have to do it himself to facilitate the operation of the guillotine.

marie antoinette led to the guillotine

10:00 AM: The prison concierge and the turnkey find Marie-Antoinette kneeling by her bed, in prayers. She rises. Soon arrive the Court clerk and the judges, who read her the sentence, as required by law. She replies that she knows it all to well, but is told that she must listen to it again.

Then enters Henri Sanson, the executioner, who ties her hands behind her back. Again she protests. Louis XVI’s hands were not tied until he reached the foot of the guillotine, but the deposed Queen will receive far less consideration than her late husband. She is taken to the clerk’s office for the last formalities.

11:00 AM: She leaves La Conciergerie and reaches the Cour du Mai, in front of the Courthouse. There an open cart, drawn by two large white horses, is waiting for her. Louis XVI had been taken to the guillotine in the enclosed carriage of the Mayor of Paris, but again she will be treated like any other convict. However, the security is out of the ordinary: 30,000 men have been called to prevent any escape.

Marie Antoinette on the cart to the guillotine David

A sworn priest (meaning a cleric who had pledged allegiance to the Constitution) accompanies her the cart, but she politely declines his services. Again this is a stark contrast with the execution of Louis XVI, who had been granted the assistance of an unsworn priest of his own choosing.

The executioner and his helper, their hats in hand in sign of respect, also climb onto the cart. It slowly makes its way through the streets of Paris, in the midst of a jeering crowd assembled to see one last time the Queen in her capital. Marie-Antoinette sits very straight in the cart, proud and calm in the face of this display of hate, contempt and anger.

12:00 PM: At last the cart reaches Place de la Révolution, where she can see both her former Palace of Les Tuileries and the guillotine. She shows a strong emotion, but soon regains her composure. She steps off the cart promptly, lightly. Without requiring any help, she climbs the steps to the scaffold. She does not oppose any resistance and even apologizes for stepping on the executioner’s foot.

12:15 PM: The blade of the guillotine falls. So dies Marie-Antoinette, two weeks before her 38th birthday.

Posted by Blogger70th Floor at 12:35 下午 沒有留言: Links to this post

就小說而言，令我最著迷的是“ABC Murder", " A Murder is Announced"，和“ The Murder of Roger Ackroyd“。

A walk in the pink 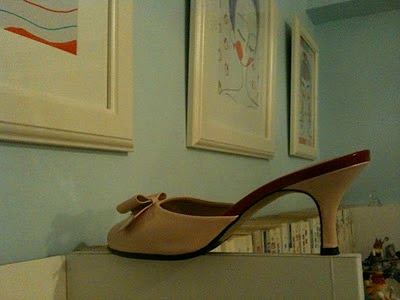 Interested to know how they will administer the action. Will they require shareholders' signatures on the forms?
Posted by Blogger70th Floor at 6:52 下午 沒有留言: Links to this post 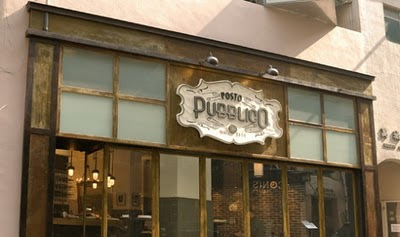 我希望那些覺得六四無咩野既人，能夠在劉曉波身上明白記憶的重量。
Posted by Blogger70th Floor at 3:38 下午 1 則留言: Links to this post

Pick your bra cup and put on your handbag 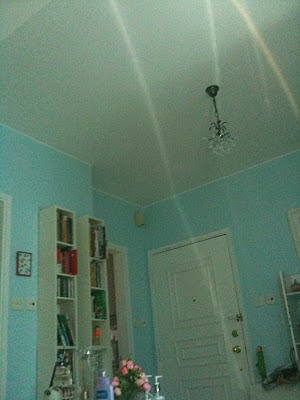 Posted by Blogger70th Floor at 11:01 下午 沒有留言: Links to this post 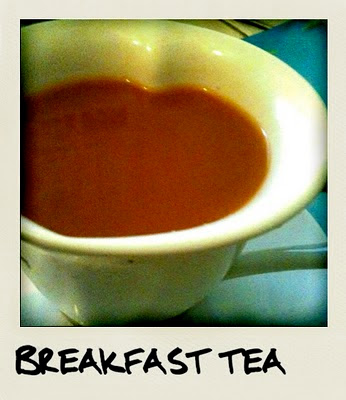 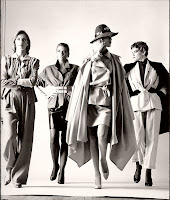 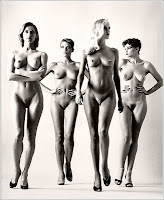 香港時區是+8，但別人做的事卻可以比我們前衛+n年。無論影女人還是管理，我們仲有大把野抄，亦即是話我們仲有ok大把的世界。
Posted by Blogger70th Floor at 10:04 下午 1 則留言: Links to this post 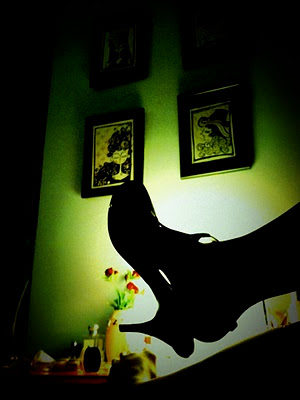 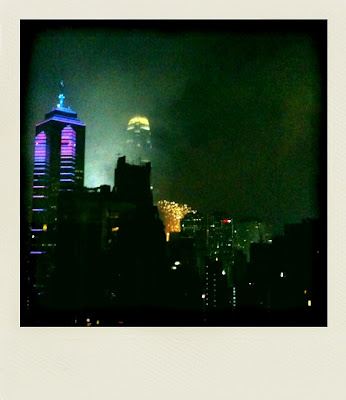 Posted by Blogger70th Floor at 11:54 下午 沒有留言: Links to this post 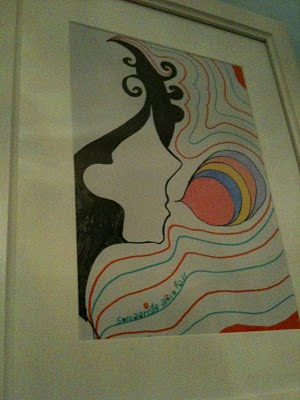